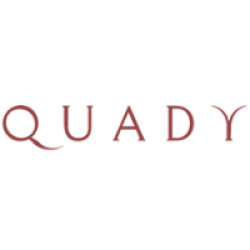 Andy Quady’s change of career from making fireworks to making wine produced an explosion of its own kind when he created Essensia from the Orange Muscat grape. It was an instant success at tastings and wine shows and until 1985 he could not make enough to satisfy demand. Having an aroma reminiscent of orange blossom, it is particularly delicious with chocolate and desserts containing almonds, peaches, apples, or apricots.

Following the success of Essensia, Andy’s next creation was Elysium from the Black Muscat variety. With an aroma of roses and berry like taste, it is rich and full flavoured, and matches a variety of desserts and blue cheeses.

His starboard range of port-style wines, made from the classic Portuguese varieties, has proved very popular, and when a bottle is being enjoyed it should only be passed to the right!

Andy Quady’s latest project was to create two world class vermouths in a new “California” style. The results are Vya Extra Dry, and Vya Sweet, both great with ice, on their own, or in mixed drinks. The Vya sweet was awarded the Best Vermouth IWSC Trophy in 2009 and 2010.

(559) 673 8068
This email address is being protected from spambots. You need JavaScript enabled to view it.