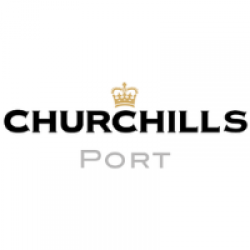 Although Churchill’s is considered a baby of the Port trade both in scale and age, it has its roots embedded in Port history. Churchill’s was founded in 1981 by winemaker Johnny Graham, representing the fifth generation of his family to make wine in the Douro Valley. Joined by his two brothers and his wife Caroline Churchill (the company’s namesake), Johnny set out to continue his family’s Port wine heritage with a bold and youthful approach. In its four decades, Churchill’s has distinguished itself as a rebellious boutique player in a deeply established category.

Churchill’s was born out of Johnny’s desire to make his own distinctive style of port, combining traditional Portuguese winemaking techniques with his personal blending style. Its small scale allows Johnny and his team to produce really exciting hand-crafted wines, using time-honoured, traditional methods. Churchill’s prides itself on an elegant, dry house style that comes from a commitment to minimal intervention, grapes sourced from grade-A vineyards, and human-centred methods of production.

Zoe Graham
00351 22 370 3641
This email address is being protected from spambots. You need JavaScript enabled to view it.