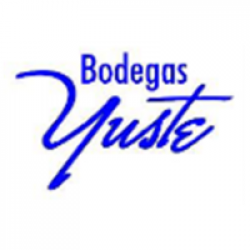 Bodegas Yuste was founded by Francisco “Paco” Yuste, a successful beverage distributor in Andalucía. In 1991 he purchased and renovated the historic Bodega Santa Ana in Sanlúcar’s Barrio Bajo, including its 100+ year old Manzanilla solera.

New wines arrive at Bodega Miraflores. Just 800 meters from the Guadalquivir estuary, Miraflores offers ideal conditions for sobretablas selection and the first stages of Manzanilla development. After five years, the Manzanilla Fina passes to Bodega Los Ángeles for aging as Aurora Manzanilla before entering the solera at Bodega Santa Ana in the Barrio Bajo where La Kika (Manzanilla Pasada en Rama, well over 10 years old: “The Pearl of Sanlúcar”) is bottled by hand from selected individual botas.

Yuste’s treasures include the 18th Century soleras of the Conde de Aldama, who preserved his prephylloxera wines by covering the botas in plaster, preventing their contamination by wines made from grafted vines.

Carmen Romero
+34 956 38 52 00
This email address is being protected from spambots. You need JavaScript enabled to view it.