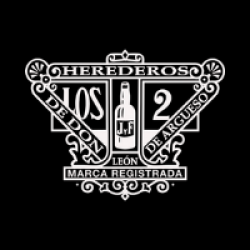 Bodegas Argüeso was founded by León de Argüeso y Argüeso in 1822. Originally from Burgos in the North of Spain, he settled in Sanlúcar where he opened a small grocery store called Almacén del Reloj. A couple of years later, he acquired an old solera from the bodega San José in Santo Domingo, with an estimated age of over 250 years.

León never married and, after his death, he left his business to his nephew Juan and niece Francisca. Hence, the full name of the company: Los 2 Herederos de Don León de Argüeso or The Two Heirs of Argüeso. The business gradually expanded, adding wineries around the original historic core of the Bodega San José in the heart of Sanlucar. Today, the compound spans almost two blocks with a total area of 13.500m2. It includes part of the former convent of Santo Domingo used as the warehouses “El Refectorio” and “La Sacristía”.

In 2016, Argüeso was acquired by Bodegas Yuste, owners of Bodega Miraflores, with a view to increasing the reputation of the wines. They now employ their own team of in-house coopers who have been tasked with repairing and upgrading all the barrels within the company. The range of sherries has been overhauled and saw immediate success in 2017 when Manzanilla San León was awarded the Manzanilla Trophy at the International Wine Challenge. The 1822 range is a completely new venture from Argueso, using much older material than before and more contemporary packaging. This is the first time this range has been put on general tasting in the UK.